John Barker – Here is another photo of newly built bridge. To the left of photo can be seen the second Stephenson bridge, in open position and the signalbox for the line running across it. Taken 1897
Another interesting point, the Toll Keeper, second from left Mr William Watson who collected the last toll on previous Stephenson 2nd bridge, also collected first tolls on new bridge. He had also been employed as a horse Shunter at Sutton Bridge before going as guard at South Lynn in 1899. His son was a Mr Bob Watson a train guard from Spalding, he was both passenger and goods guard, have worked with him when I was shunter at Sutton Bridge station. 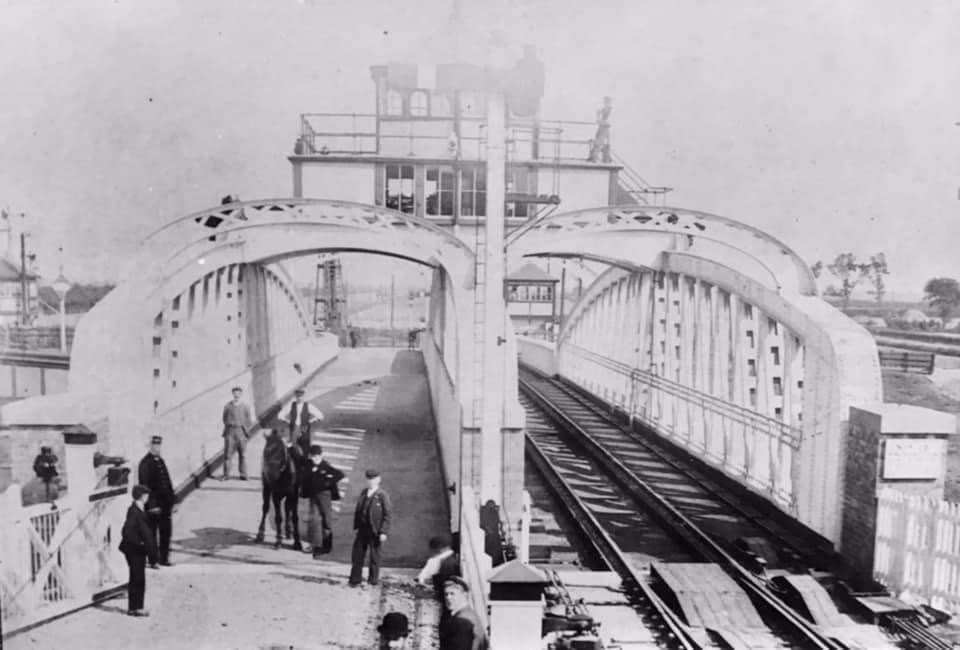