Erected in 1798 as a short, well ‘battered’ mill, this tower mill was later raised by another floor, resulting in a rather pleasing concave tower which survives today. This work may have been carried out shortly before 1815.

Mr. H. Newbon bought the mill from the Plowman family in 1902. On Aug 12th 1935 the sails revolved for the last time and was removed. It then continued by engine, and finally by electric motor until 1969 when it closed down, subsequently being gutted of all machinery. The original gear had been taken out many years previously. Four patent sails drove three pairs of stones, two grey and one French. 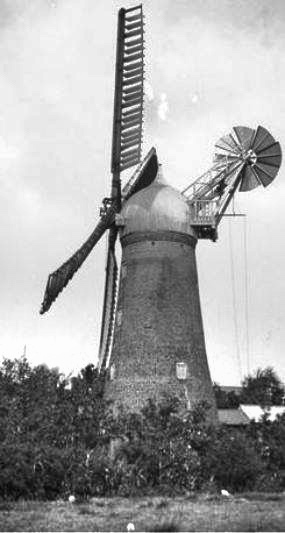