I thought this postcard written in the 1870s might be of interest. Rosa is Rosa Ann Machin my great grandmother and her mother was Ann Rice. I understand Ann’s mother – my three times great grandmother – owned the cottage in the photo. Can anyone confirm this? 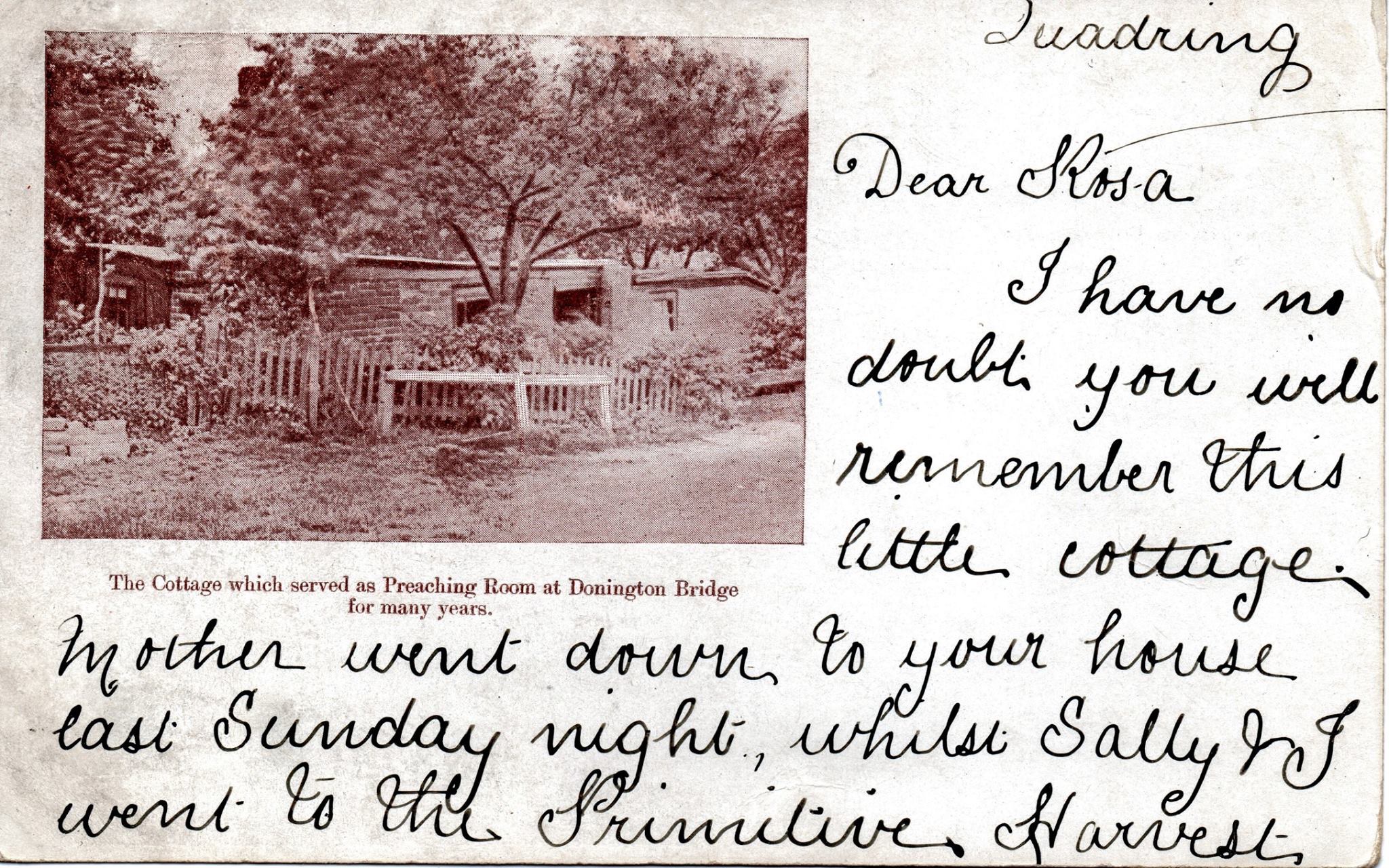 I wondered also if anyone can help with the query below from Lori Thoreson who is a USA based Cheesewright, descended from Rosa’s brother William who married Betsy Cheesewirght in Montezuma, Indiana after both emigrated separately from South Holland.

Lori asks – “I wonder if you happen to know much about the Quadring Parish School, have pictures, etc? One of my direct ancestors, Sarah Cheesewright was a school mistress there, perhaps between 1840-1860. Since the Quadring church, St. Margaret of Antioch, is well off the main road out in the farm fields, there is very little evidence about the school’s location. There seem to be few photos of its school-children either.

This is a publication by Richard Lukey and illustrates the life story of his Great Grandmother who was born in Quadring and whose life often returned to Donington and Quadring.

The true story of Rosa Ann Machin, a young woman from Quadring in rural Lincolnshire who at 15, embarked on a life in service that was to last for 54 years. A life captured in photo and postcard albums she compiled during her lifetime and the contents of a remarkable journal of prose, mostly in her own handwriting.

Reflecting romance, tragedy and amazing loyalty set against the rigidity of Victorian values where the boundaries between upstairs and downstairs sometimes became blurred, living under the same roof as anyone was the way to know them best and the consequences of infidelity could last a life time – irrespective of your position in the household.

(The author is Rosa Ann’s great-grandson and the research was prompted by the discovery of the albums and journal whilst clearing out the family home prior to sale in 2014. They provided an opportunity to find the facts behind the family folklore that surrounded Rosa Ann’s life.) See the link at the bottom of the page.

Back in 2017 I sent you a PDF version of the story of Rosa Ann Machin from Quadring which you kindly put on your website. Subsequently as my research has continued much more information has come to light which is included in a Microsoft Sway presentation.

Please feel free to use. If you want to view it first, click on this link and just scroll down – https://sway.office.com/ROkYO0sRkvMHrb4r?ref=Link&loc=play

I also have some printed versions of Rosa’s story and would be prepared to donate 10 of them if you think you could sell them and make a profit for Chain Bridge Forge.