Probably a Hospital Sunday parade led by the Long Sutton Town Band, the column is taking the long route to the church behind the trees which, for all its cathedral-like capacity, would be full for the special service. The late May weather is smiling, for those shades on the right are against the sun, not showers.  On the left is the grocery long kept by Walter Webb with the post office next door behind the lamppost. Next is the King William public house, still open, and on this day expecting a lively trade later on. The shop became a sweetshop, another grocery, a carpet shop and finally a shoemaker’s shop and a centre for key-cutting, closing down in 1991. The Independent Order of Oddfellows were behind this parade and another later on arranged for the Methodists. (Central Divisional Library, King’s Lynn) 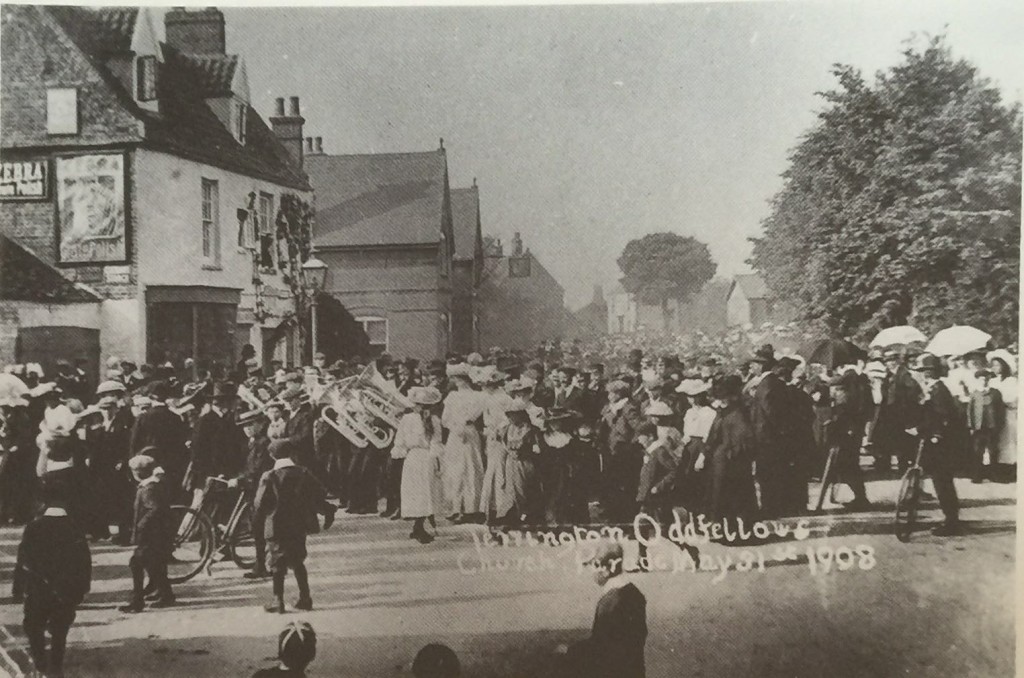