The following information is copied from St John’s website.-

The Original Building
St John’s Church was completed in 1875 at a time when the population of the West side of Spalding was expanding rapidly. Canon Edward Moore who was then Vicar of SS Mary & Nicolas, Spalding, was the instigator of the new parish. The land in Hawthorn Bank was purchased in November 1873, the foundation stone laid in February 1874 and the church was consecrated on St John’s day, 24 June 1875, by the then Bishop of Lincoln. The money to build the church was given by Miss Mary Ann Johnson and her sister, Elizabeth Ann, descendants of Maurice Johnson of Ayscoughfee Hall. They spent over £10,000 on building the Church, the School and the original Vicarage which is now a nursing home.

The church is built in Ancaster Stone with a Collyweston slate roof and is of the Early English Style.

Additions
Since its construction a Choir Vestry was added in 1929 and the Church Lounge, with its Kitchen and Toilet Facilities, was added in 1991. The Lounge is used regularly by both the Church and the local community.

Thanks to David Gray 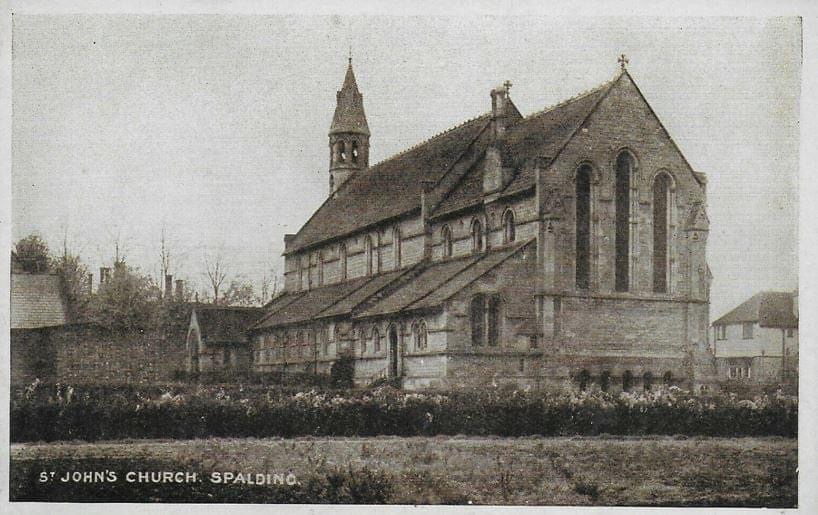