The picture was taken in the 1920’s when the building behind the steamroller was a Blacksmith shop, owned by Bill Gray. When this picture was published in the local paper it was known as “Worldwide Militaria. What’s it called today?

The large house to the left of the picture is Pear Tree House so called because of the pear tree which grew on the side. 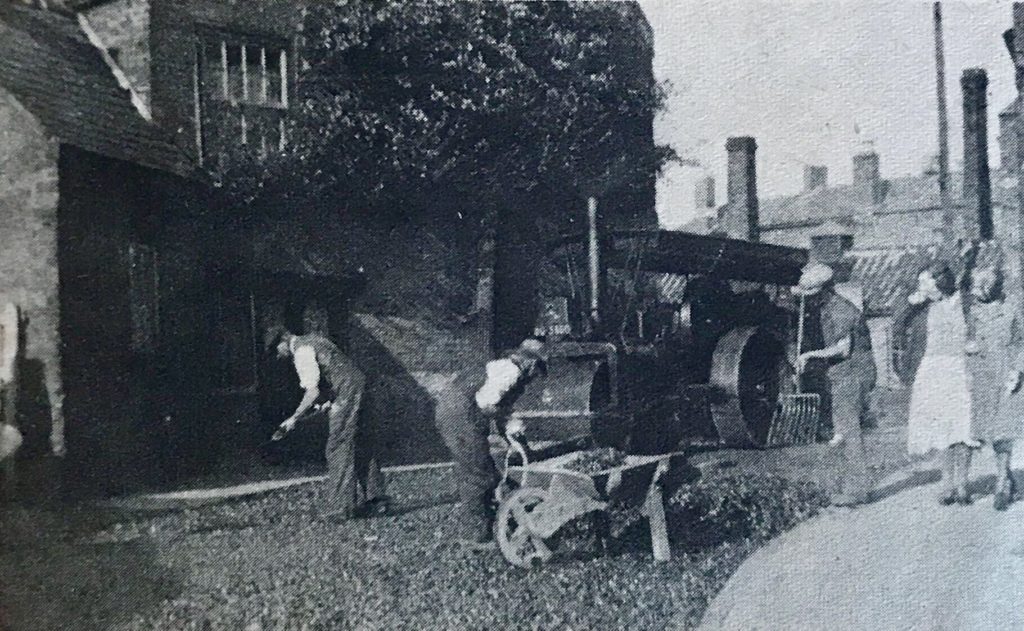