During the winter months fields were often a quagmire in which conventional haulage methods were beset with difficulties. This raised particular problems with getting the potato crop to the market, made worse in wet winters.

To solve this problem landowners turned to the use of light railways. The first such railway was started in 1909, thought to be the brainchild of George Caudwell, a farmer who lived in St Lamberts Hall, Weston – it is considered that he had the first of these railways on his land. The first railways used horses to pull the trucks but later steam engines were used. Other lines were built before and during the First World War and proved their worth at this critical time.

One of these was at the W. Dennis Estates land at Deeping St Nicholas which had 2,000 acres, 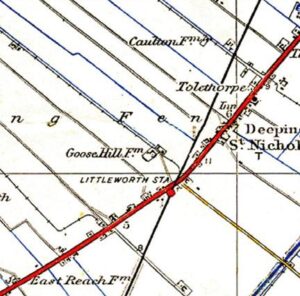 including Shrubbery and Goosehill Farms which mostly grew potatoes. By 1916 they had established a 2ft light gauge railway covering almost 11 route miles to their sidings and warehouse at Littleworth Railway Station. Every day 20-40 railway trucks carrying 2 tons of potatoes each were transferred to the main railway line to be sent on to various destinations. The railway came into its own during the First World War, supplying the troops on the front line in France. The Army Service Corps were pressed into action to lift the potatoes on the home front. Not fit for front line service for a variety of reasons, these men who had previously been agricultural workers were put to work. William Underwood from Deeping St James, and Charles Davis from Frognall were two among many sent to work for Mr Dennis.

This light gauge railway was also used in France to service the front line and when the government sold it off at the end of the war, Lincolnshire farmers clamoured to purchase it as they had seen how useful it had been on the farms that already boasted a potato railway. 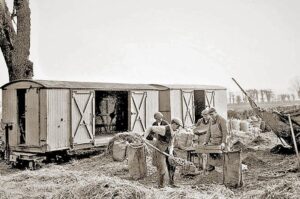 W. Dennis & Sons purchased some narrow gauge line from an army service depot in France for their Nocton Eatate which they established in 1919. This was a large estate of 8,000 acres and along with 2,000 acres at Kirton and a further 2,000 at Deeping St Nicholas their annual production by 1950 was 17,000 tons of food consisting mainly of potatoes! Initially just four miles of one foot eleven and a half inch gauge was established at Nocton on the heavy fenland soil east of Wasps Nest. After 1926 it was extended in order to connect to the railhead on the Lincoln-Sleaford main line. The weight of the line at Nocton because of extensive use of locomotives was 20lb per yard.

In the end the route amounted to almost 23 miles of track on the Nocton Estate alone; eventually they were to operate over 30 miles of line in total. Almost every field on their large estates was reached so produce could be loaded onto trucks as soon as it was harvested. The Estates main customer was Smith’s Potato Crisps and it was this company that bought the land from W Dennis & Sons in 1936.

After the Second World War and the growth of road transport, the rural roads had improved allowing articulated lorries to gain access to each farmstead. By 1960 almost all the fields were accessible by road and so the death knell was sounded for the light railway. Many of the farm workers from the Deepings who worked on the farms in Deeping St Nicholas were sad to see it go, especially when Littleworth Station closed in 1964. By 1969 all light railways in Lincolnshire were redundant but a piece of the track at Vine House Farm has been restored by Nicholas Watts. 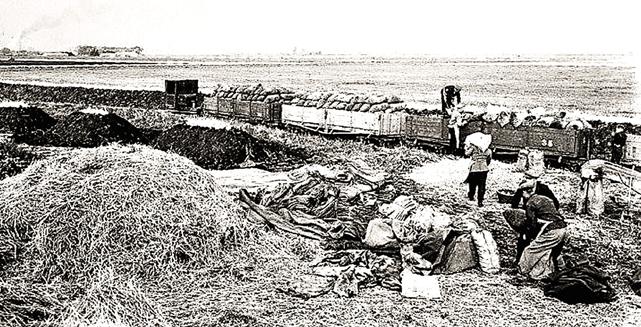 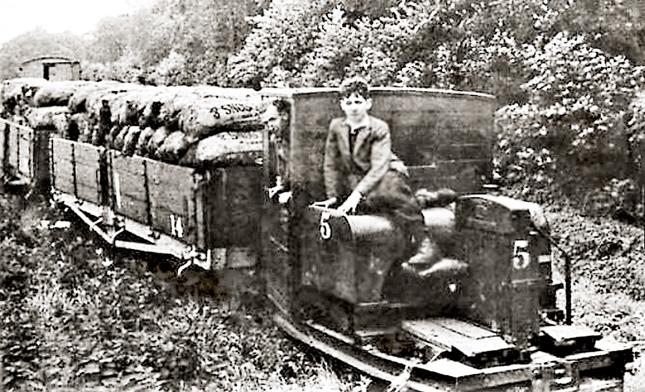 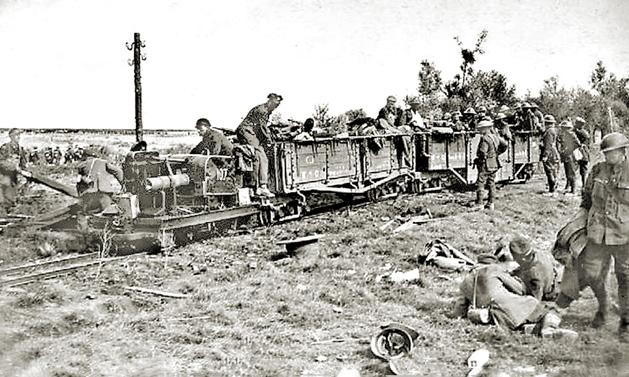