MERVIN Roberts thought readers might like to see this link to Spalding’s past. Mervin, who says he loves to see old pictures of the area, recalls the photograph was taken by Harry Dunford. Of Holbeach. Harry was head mechanic at the Sunblest depot in Tower Lane, what was formerly Bakers Quality Bakeries owned by Jim Baker, known as “the flying backer”. Bakers dozen Part of the fleet of vehicles at the Sunblest depot in spalding.

Mervin sent two photographs one of which shows four people, now deceased Dick Hardy, Peter Jurquit, Peter Mountain and Cyril Wilkinson. They are pictured with part of the fleet of vehicles, one of which, a Ford D was used by the late Ken Wilson, a former racing driver, to drive.
Mervin adds: “The other photograph show myself driving and Peter Jurquit standing on the old AEC Major” 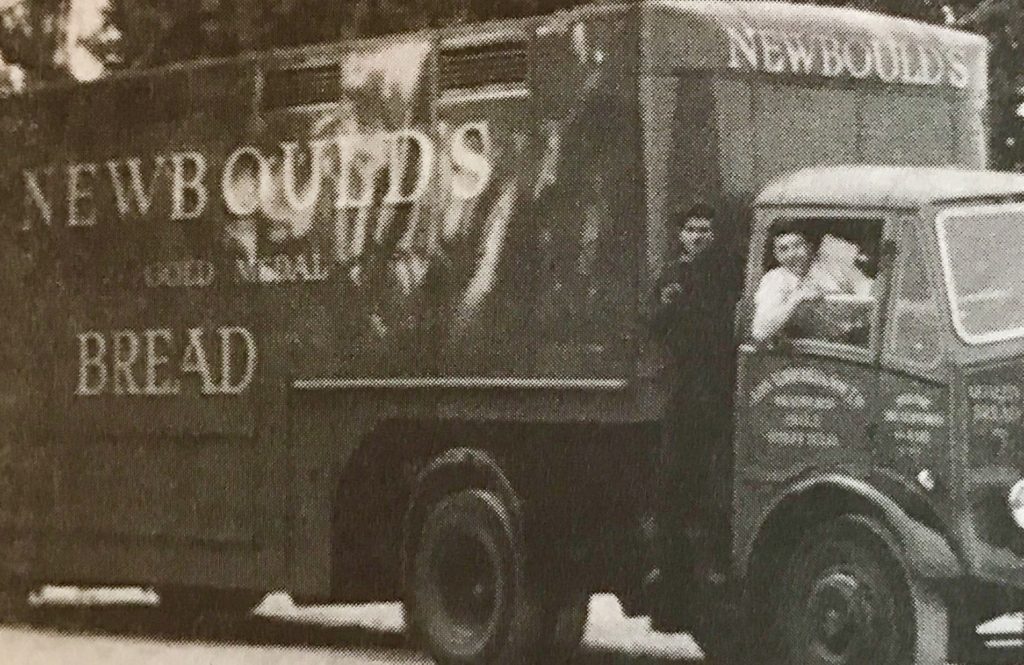