Follow up to a recent post asking what was on the site before the Odeon Cinema was built, this is it, Haverfield House, Odeon Cinema

John Decamp added It was built in the late 1870s for Alfred Hobson of the firm Hobson & Co, drapers . Several houses were demolished to make way for it and the lane/alleyway next to it was closed but Alfred Hobson widened and improved it to become Haverfield Road. It was sold in 1907 to Edward Milne of Rochdale for £3,600, whose company owned Spalding pea factory. He later sold it to John Henry Bunting , reputedly for £7,000, he lived there until his death in 1933 it remained empty after that , Spalding Club Company looked to purchase it in 1934/5 but decided against and it was demolished in 1936 and the Odeon built in its place and opened in February 1938.
All this information from Aspects of Spalding 1790-1930 (the first volume which has a dark blue colour). 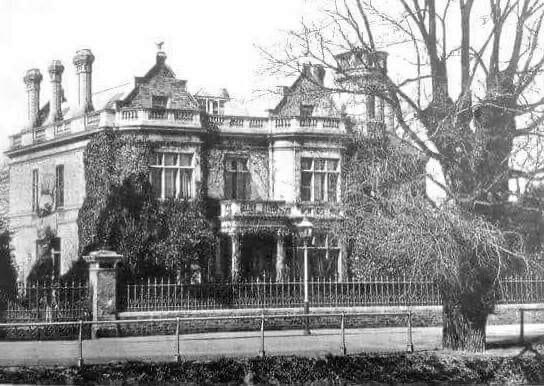 Elsom then and Now