1921, Lutton, Lincolnshire, England,R.W. (Dick) Needham lived at Col’s Pit in Lutton. The photo was taken in 1921. He has just killed two rabbits for the pot. He had nine hungry children to feed. His dog was called ‘Fly’.  In 1923 he had a new house built just a short distance away. He called it ‘Paxton Villa’ because he’d made a lot of money from growing and selling Paxton strawberries. Dick was born in 1876 and died in 1957.
In 1952 Dick and his wife, Jinnie, were recorded for the English Dialect Survey.  They had very strong local accents.  You can hear them on the British Library website. 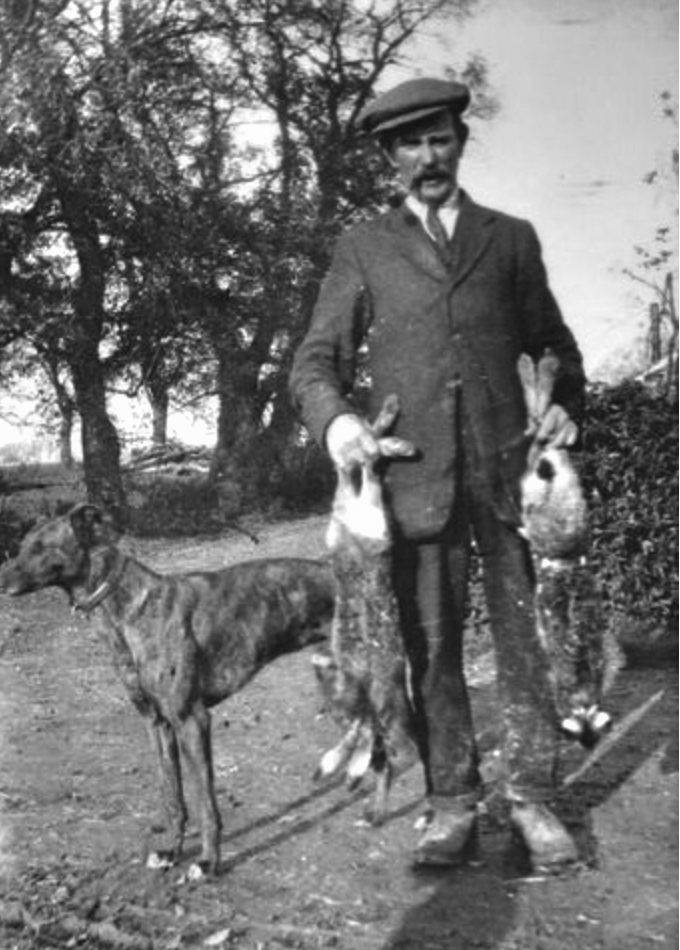