This must have been one of the most remote and economically hopeless (at least for passenger traffic) on the old Midland & Great Northern Joint Railway. It was opened as part of the Spalding & Bourne in 1866, became part of the more important M & GN, closed to passengers in 1959 and then to all traffic a few years later. Lionel Dennis was stationmaster for 27 years, dying in 1926.

In 1952 tins of fruit and vegetables were strewn along the track after a freight train derailed.

It is interesting to see that a few remains of this long-lost railway survive, most strikingly the bridge over the Counter Drain itself.
A ‘counter drain’ was a drain that ran parallel to a drain or embanked river to collect the ‘leakage’, in this case the Glen. This was listed in an 1882 guide to Fen-Skating as a good route to use. There was a skating competition here in 1890 when ‘several hundred people’ came by train but many by skates. The 1891 Lincolnshire Skating Association championship, during a very cold winter, started at Spalding, went ten miles via the Welland, and came back via Counter Drain station. This was around 18 miles and the winner from Cowbit did it in 39 minutes. A report in 1940 described some men skating along the Counter Drain itself to here, then into the Glen and eventually to Boston.

But at least Counter Drain had something to be named after – nearby Twenty station got its name from the field plot number on the railway surveyor’s plan. 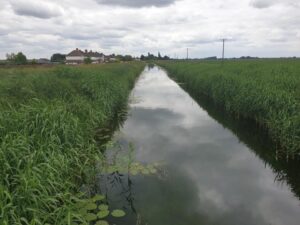 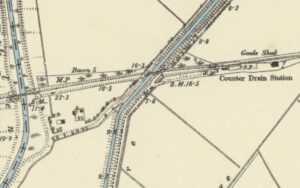 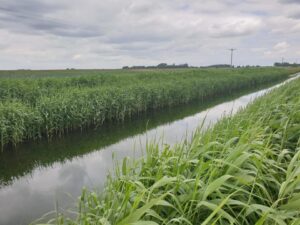 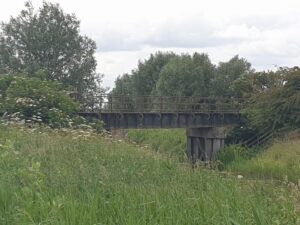 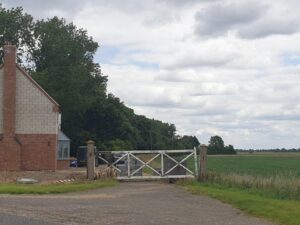