I know that this picture is already on here somewhere but as it’s such a nice one and there are lots of new members I hope people wont mind me giving it another outing. You will see your new house in the distance Stephen Steele Jackson. The Postland road looks very different now.
This one was posted in July 1910 with a Crowland postmark to a Miss A. Tilley, 60 Field Street, Kettering. The message reads Dear Annie, just a line to let you know I have got home again. I hope all of you at home are well. What do you think to this card? That is one of the mills we were talking about. This one is nearly done for. Well I should be very pleased to hear from you. With best love from Ruth” It also says (presumably the sender) “Miss Ulyatt, c/o Mrs Sanderson, West Street, Crowland”
Apparently the mill was destroyed by fire (arson) on 5th November 1911 and had been redundant for 20 years prior to that. It was built in 1790 and at the time of it’s demise was owned by the rector of Crowland.
Update

Having just done some research on the sender it would seem that Ruth Ulyatt was born in 1890 and in the 1891 census was living with her mother and siblings on Albion Street. By 1901 she was living on West Street with her step-father Edward Sanderson a farmer (her mother still has the surname Ulyatt at this point). In 1911 she was still living with her mother and step-father and her mother’s surname was Sanderson. Ruth’s job in 1911 was “dairy worker”. She would have been 20 when she sent the postcard.

Thanks to John Wakefield 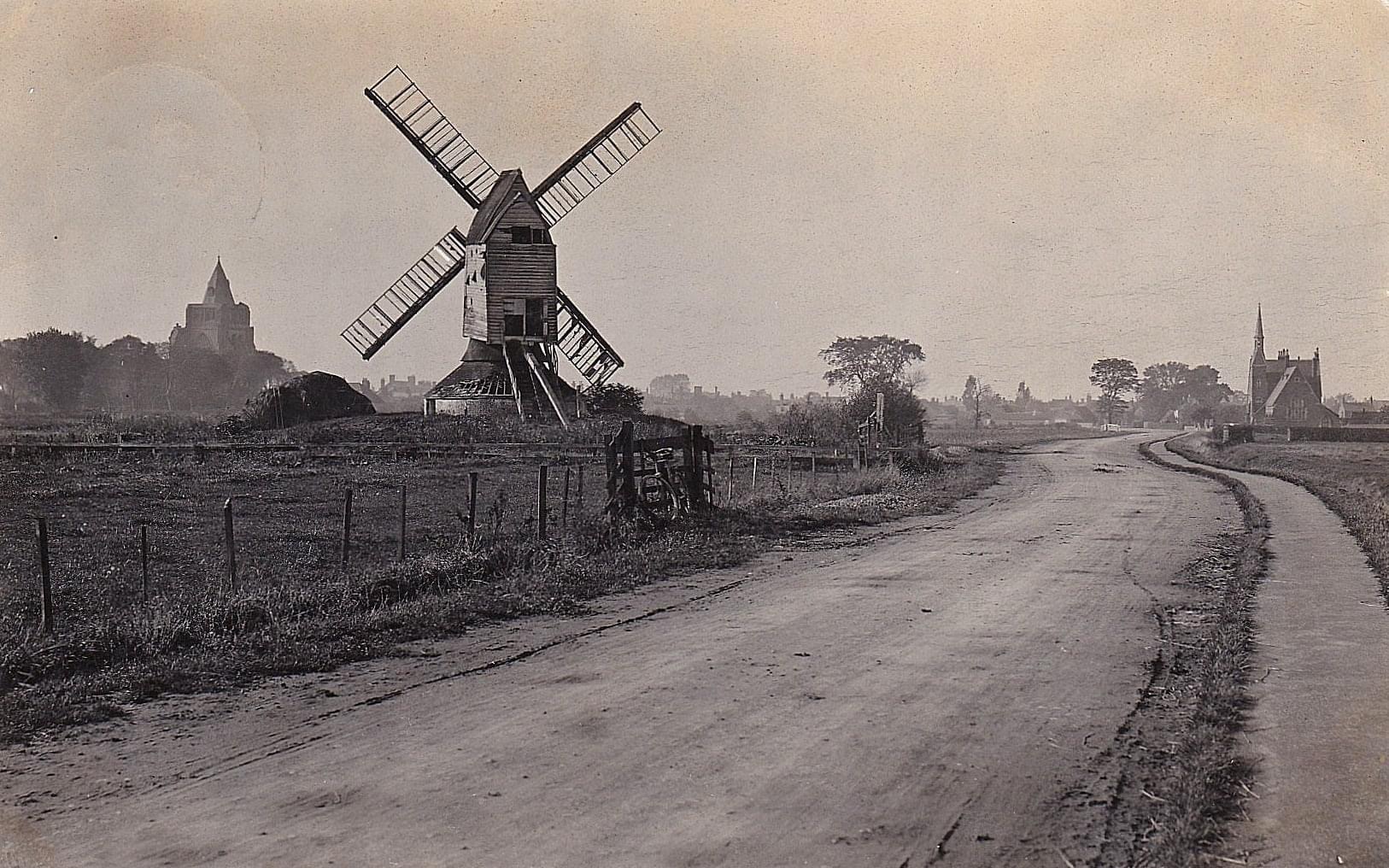