The River Nene, giving access to Wisbech and Peterborough for sea going craft. The river was first bridged in 1831, in 1860’s a rail track was added but damage caused by the trains necessitated construction of a new bridge 100 yes upstream with separate road a rail crossing. this was opened in 1897. The photograph shows the bridge swung open and the “Prima” passing downstream. The bridge was converted to two-way road traffic in 1960 when the railway closed. 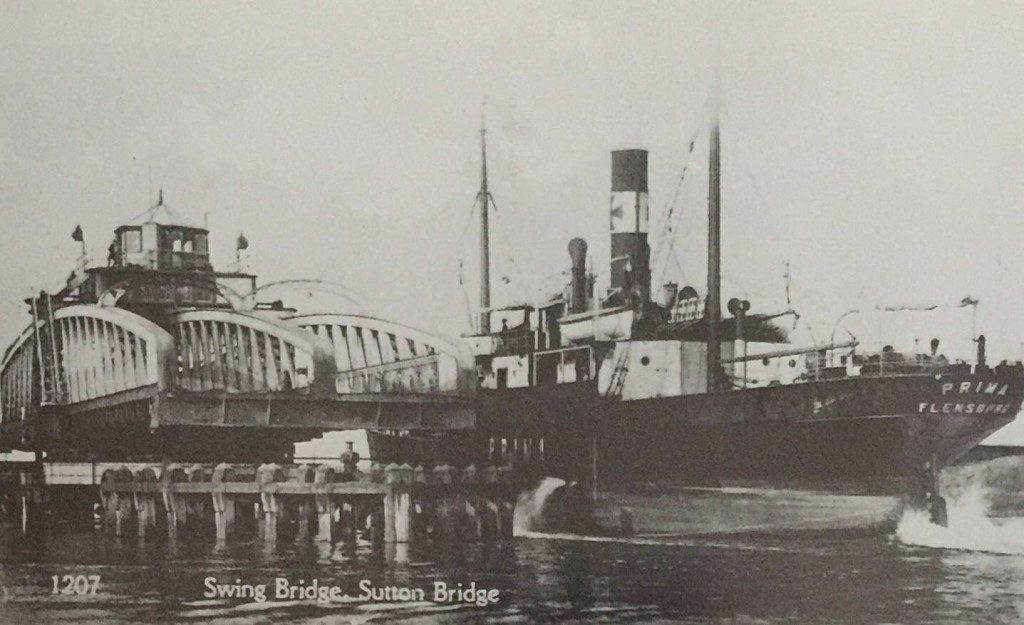