The earliest reference I can find is from Stamford Mercury in November 1770 where it was written – Whereas a Gelding was left, on the 15th day of August last, with a saddle, bridle and pad, at the house of William Sawer, the sign of the Punchbowl, in Spalding ; and as the said Gelding is supposed to be stolen. NOTICE is hereby given that if they are not owned in a fortnights time from the date hereof, they will be sold to detry the expence of keeping the said Gelding.

In April 1827 there was an announcment that Samuel Carey had taken and entered upon the Punchbowl Inn an old-established House, begs to leave to inform the public in general that he was fitted upon the premises with considerable improvement, and has laid in a stock of Good Ale, also superior Liquors.

In April 1868 William Henry Hart was charged with stealing two gallons of ale, the property of James Speechly & Co. The prisoner had been a confidential servant of Messrs. Speechly for ten or twelve years, and had sole management of the ale stores situated under the Mechanics Institute, where frequently five hundred barrels of ale were stored, prisoner was also tenant of the Punch Bowl Inn, which adjoins the stores. The inspector of Police had been watching prisoners movements, he was oberved with another pushing a hand cart containing two gallon of beer. This was taken to his house. He was found “Guilty” he was sentenced to eight months imprisonment with hard labour.

In October 1880 Samuel Culpin, landlord of the Punch Bowl Inn was fined 5l and costs and his licence endorsed for selling beer between 7 and 8 a.m on Sunday 17th.

In February 1889 there was a sudden death on Tuesday about midday at the Punch Bowl Inn, of an old man named Edward Walton aged 82. Deceased had been lodging at the Inn some few days, and on Tuesday evening complained of pains in the head. No serious results were anticipated, and a doctor was not called in, sinple remedies being applied; butbas above stated, he succumbed about 12 o clock. He was a retired baker from Sutterton, and for some years lived in Swan Street, Spalding, and acted as a light porter. Then a “windfall” caused him to leave the town to live at Gosberton but latterley he had been roving the district.

In July 1901 George Williams was charged with being drunk on a licensed premises and refusing to quit when called upon and also assaulting P.c Smith while in the execution of his duty. Anderson was also charged with the latter offence.
P.c Smith stated that about 4:30 he was called into the Punch Bowl by the landlord who said he wanted George William ejecting. He was asked to leave but refused, saying “I shan’t go out for him or you” He then attempted to put him out, when he jumped up and struck him, and pulled his whistle off. He tried to arrest him, when Anderson came and struck him a violent blow in the chest. He eventually got Williams down, when Anderson snatched his handcuffs from him, and threw them over the bar. In the scrimmage, witness received some very foul blows and kicks, but eventually other policemen came up and prisoner was secured. They were both given 21 days hard labour each for the assault, and Williams fined 10s and 3s costs or a furthrler 7 days for refusing to quit.

Looking at these reports and others it seems the Punch Bowl Inn was a busy historic Inn with a ale store adjoining. Many auctions were held in the pub, selling and renting properties within the area, also cattle was bought and sold in the yard. Farmers stored wheat and other crops in the warehouses in the yard which were sold in the pub yard. Fights happened frequently and the police were regularly called. The pub is still going and as recently as August 2020 had a £200k investment from Craft Union Pub Company. 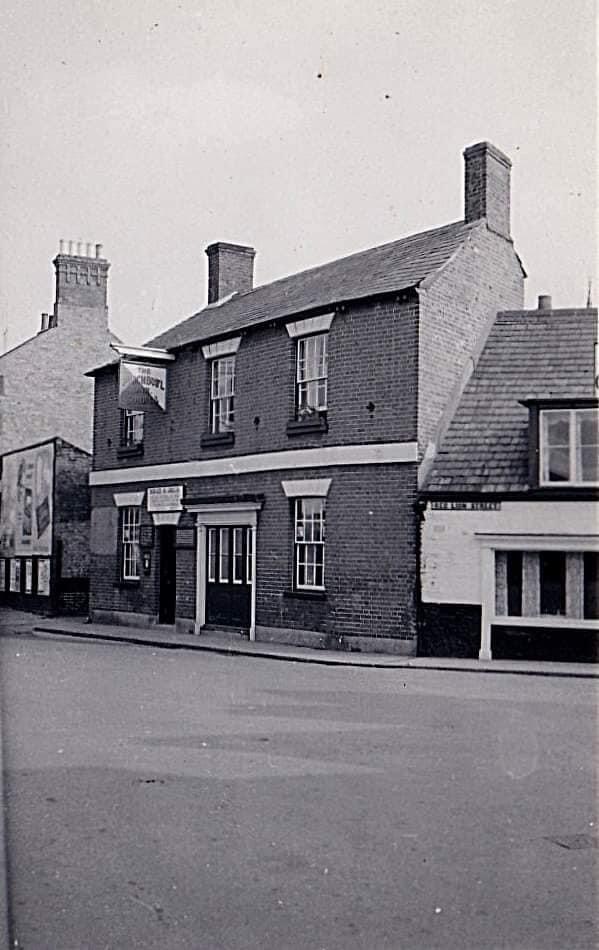