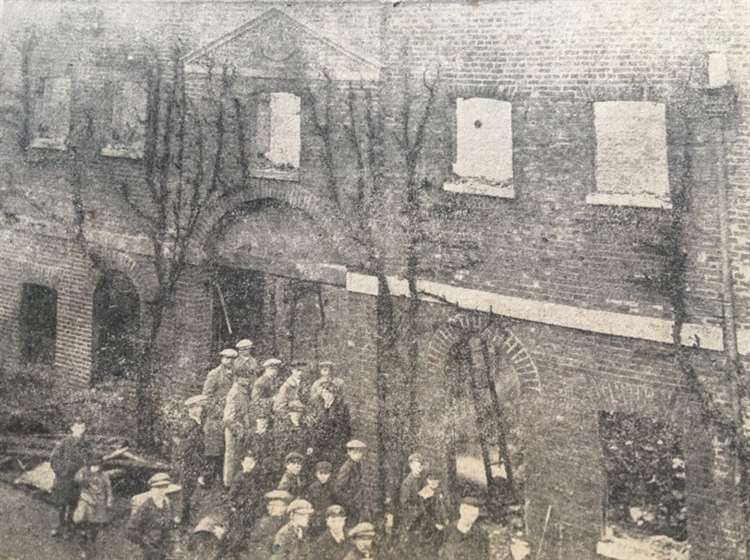 The passing of the old year and the advent of 1918 was marked by one of the most disastrous fire which Spalding had experienced for many years.

When Mr G F Birch, head of the famous firm of corn and cake merchants, left the offices with his manager shortly after nine o’clock that evening, there was no sign of anything being amiss.

But little more than an hour later, a Double Street resident noticed a flare of fire proceding from some buildings across the river and immediately informed fireman Butler, who at once gave the alarm.

The fire alarm bell rang at five minutes to eleven o’clock and by this time, the flare of the outbreak, which it was discovered was in the well-appointed offices of Messrs Birch & Sons, was lighting up the sky and could be seen for miles distant, one enquiry being made from as far away as Moulton Chapel.

The offices were extensive and practically the whole of the interor was built up of pitch pine partitions – a huge quantity of wood and all highly varnished.

By the time the alarm was sounded, the firm was a seething mass of flame, the woodwork sizzling, crackling and hissing, whilst the roof was quickly burned completely away and huge sheets of flame, burning timbers and papers and loosened slates were hurtling in all directions.

In the first hour of the New Year the flames began to decrease, but it was some time before the fire was finally extinguished.

The exact cause of the outbreak was unascertained, but may have been connected with the heating apparatus in the building.