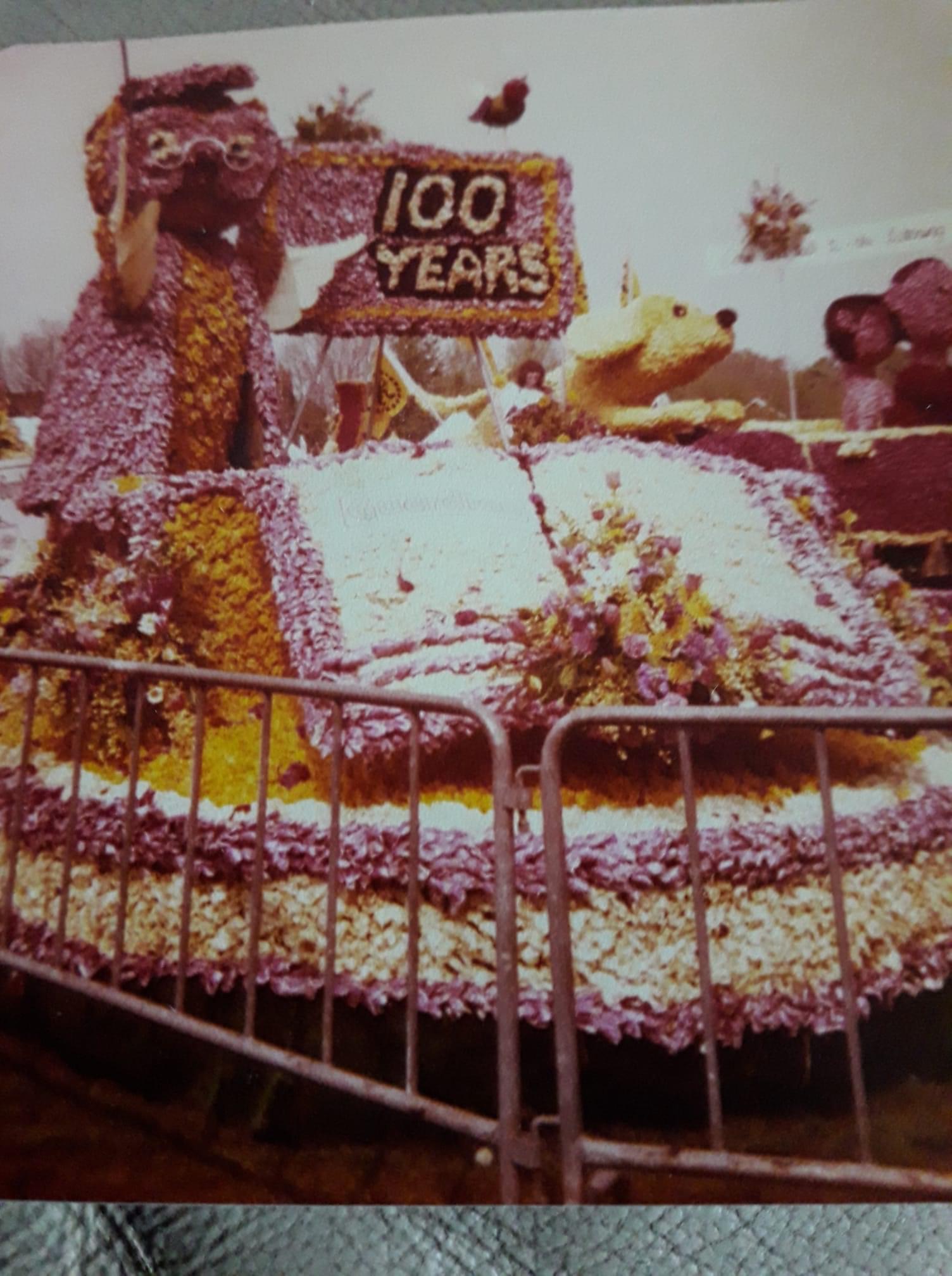 This float is indeed from 1981 but has nothing to do with the Grammar School. It is in fact the Spalding Guardian float marking the 100th anniversary of the newspaper. The owl in the design is the Ayscoughfee owl. On the float were Miss Spalding Guardian, Sharon Harrison of Holbeach who was dressed as a Victorian schoolmam with 4 “pupils” David Twell and Joanne Fairbanks (Spalding), Matthew Dye (Long Sutton) and Julie Wilson (Quadring). Driver was Gerry Cook, a veteran of every parade (at the time). 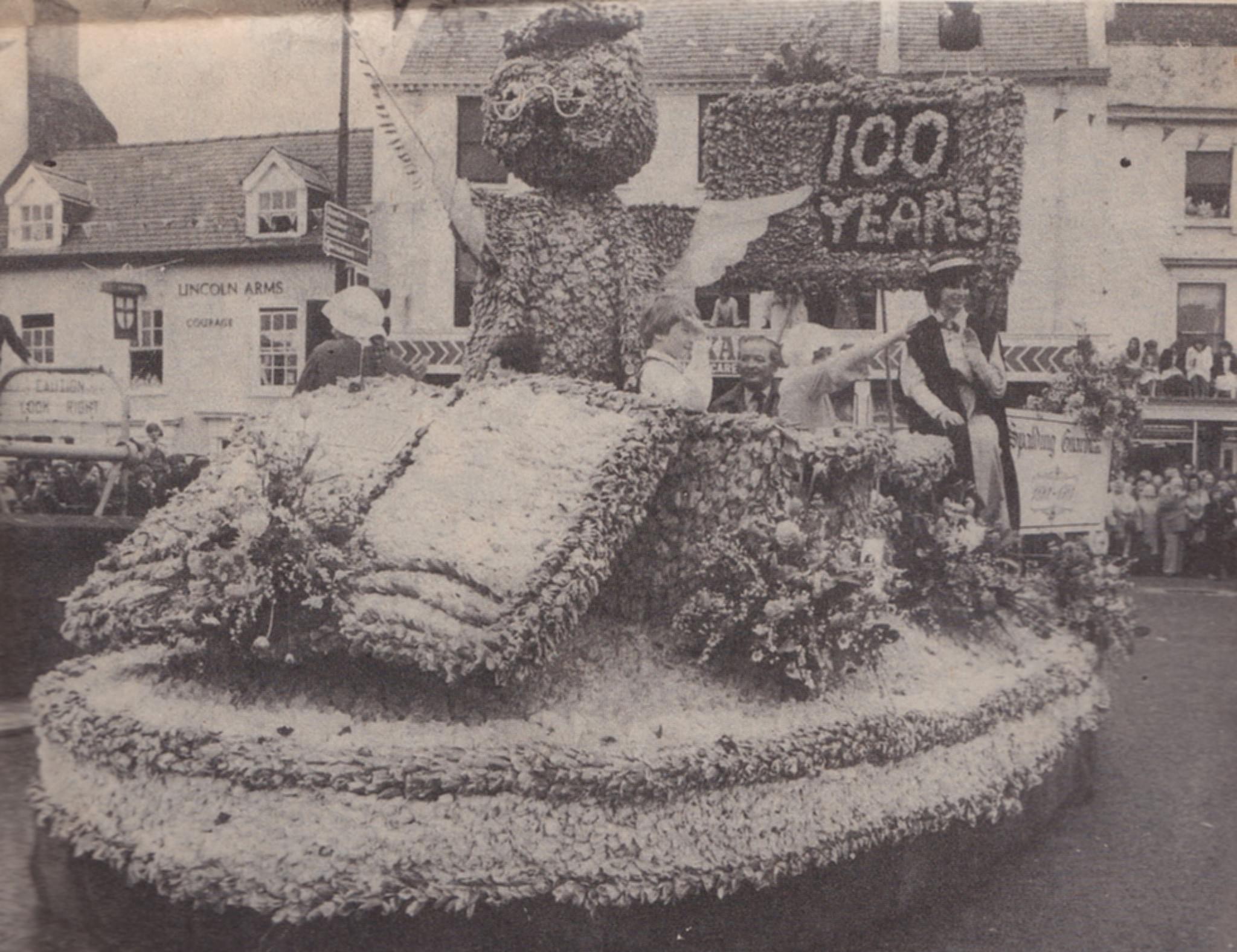 This is a picture of the same float during the parade going over High Bridge. Once again note the dubious (from a safety perspective) viewing points in the background!

Thanks to John Wakefield