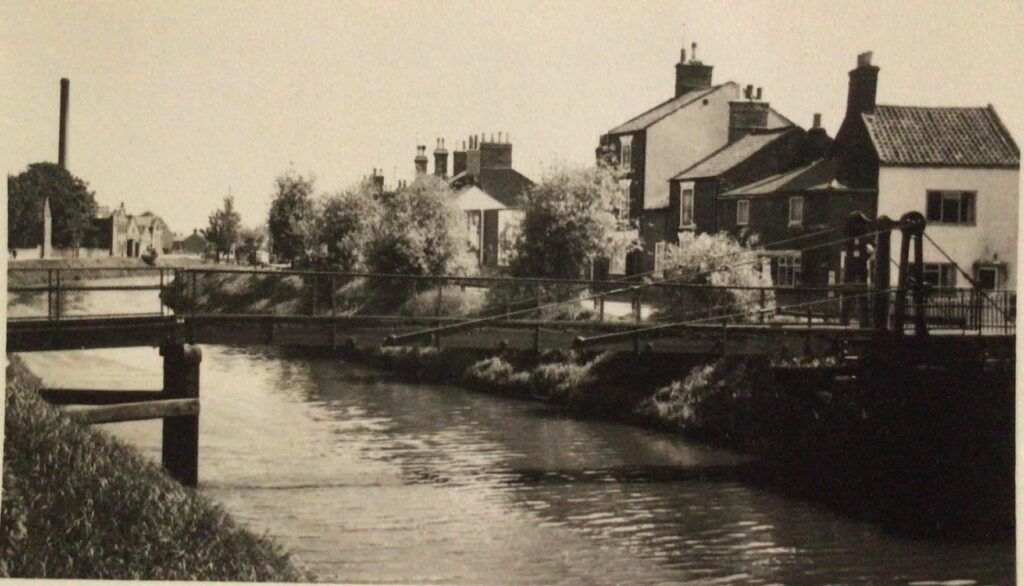 Il lived just across the way from chain bridge next to the old coop I remember the fish shop going up in flames, and use to watch Jeff dods making the tulip floats from my front room window. I crossed chain bridge many times as made my way to the American bar in town does anyone remember Freddie Cross the barber? , Does anyonr have memories of the American Bar or any photos?

Stephen King I remember all of that .Can you remember when a car veered across the road and smashed into Rumseys fish and chip shop knocking the wall in and moving the pans inside?.

I crossed that bridge many times in my teens going to and from am evening out with friends! I also remember Les when he lived in Rowan Avenue. Somewhere I have a photo he took of his daughter and I playing in snow in their garden.

I remember buying a photo of St Catherine’s Island , with a windmill on there , there were some little houses on there in the 1930’s as my mum was born in one of them until they moved to a new house in Goodfellows avenue, I made that photo into a birthday card for her, she still has it.

Remember that foot bridges Dads fishshop just on the right of bridge next to blacksmith ,walk by gas work lots of times as we lived in Oakley Drive .

Nice one, The 3 story house on the right is No 4 Commercial Road where I lived until 1963 when I got married, it was demolished a few years later when they made the road one way from Albert Street & all the way up High Street and my parents went into a bungalow off Wygate Road. Chain Bridge taken down after a new fixed bridge put across to where the house and others had been further down river as can be seen in the photo.

That brings back memories. That view was taken from about near our back gate. The chain bridge used to swing across the river when a tall boat came through. One of the blacksmiths from Dodd’s smithy would come and wind it across by hand with a large handle . As kids we would try and get a ride on it.