The 20hp ‘A’ frame low-pressure condensing beam engine was erected in 1833 and ceased working in 1952.

The Pinchbeck Engine was made by the Butterfly Company of Derbyshire.

The cylinder has a bore of 35ins and stroke of 54ins driving a flywheel 18.6ins, weighing five tons, via a 14in beam.

Original ‘D’ valve was replaced with a Worthington-Simpson pistol valve in 1919. 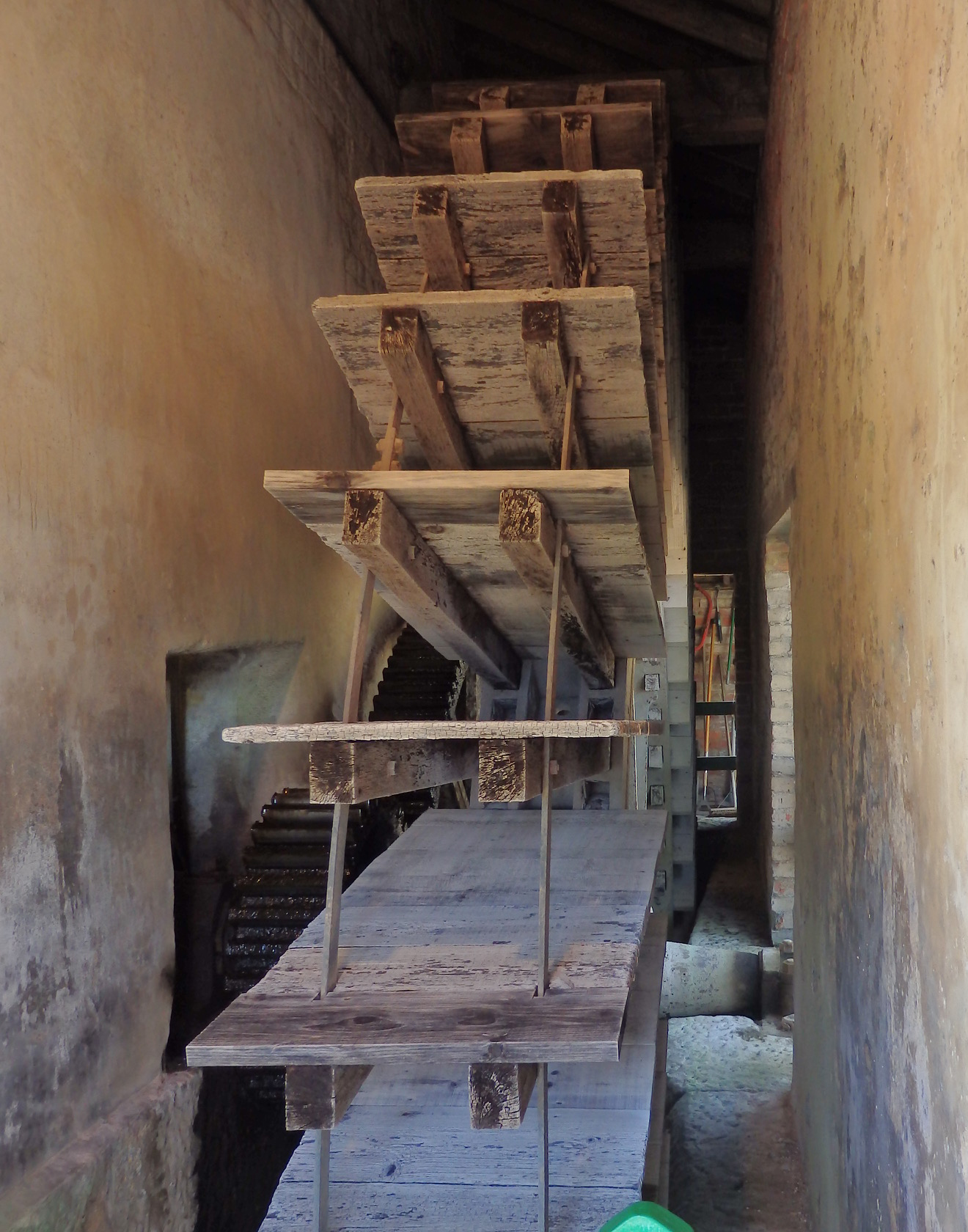 The wheel is 22ft in diameter with 40 ladles 2ft 22ins wide. The approximate pumping capacity was 7,500 gallons per minute, lifting the water 8ft (20cusec).

The wooden ladles could be easily replaced when worn or damaged by debris from the drain. 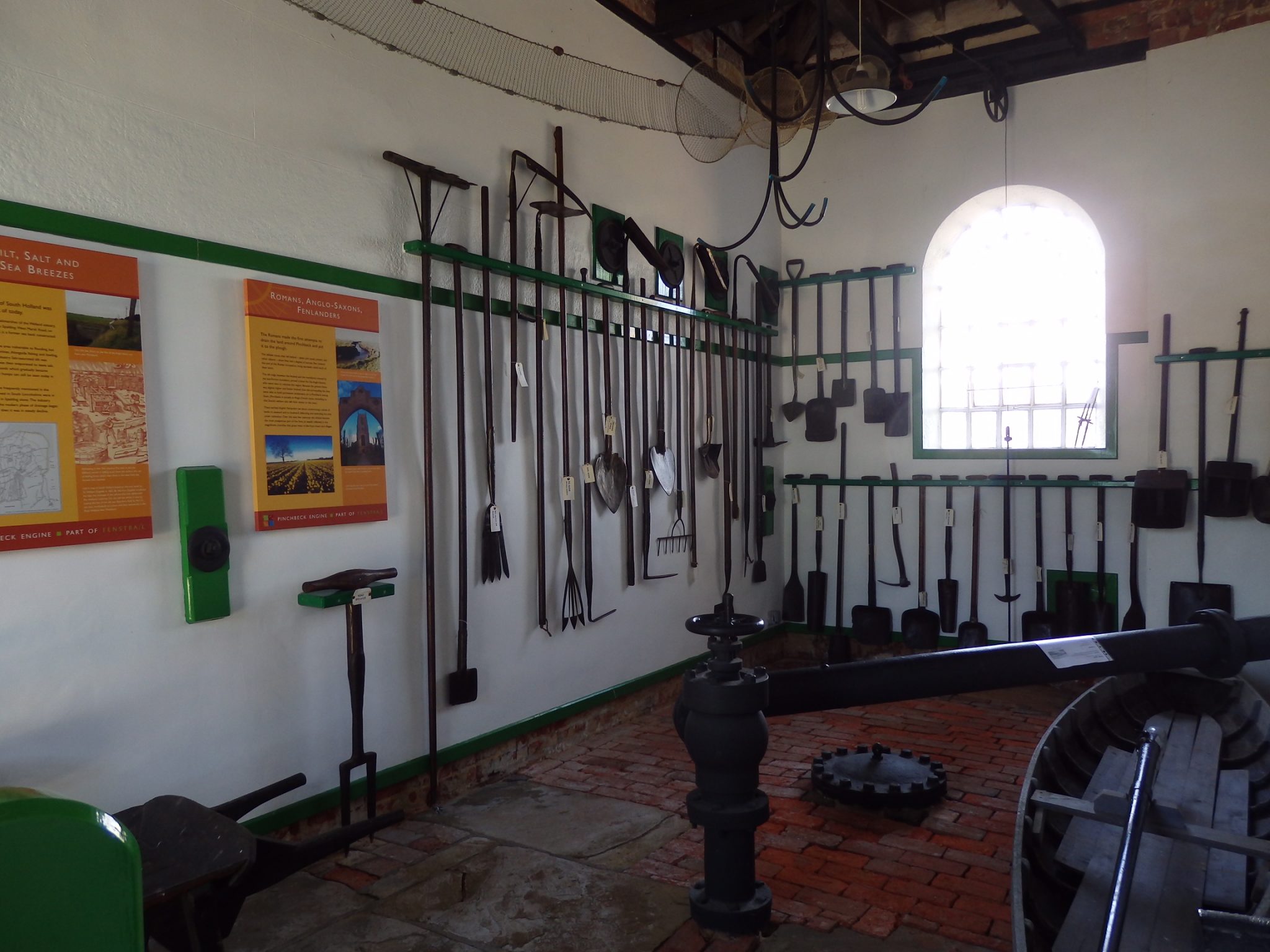 The original boiler installed when the pumping station was built in 1833 had a single fire operating at 4psi.

It was replaced in 1895 with the present two fire Lancashire Boiler operating at 20psi.

Using one ton of coal per day, the engine would operate from October until May.

Today, above the boiler has a collection of including tools used by workers to maintain the drains, fishing nets eel catching tools.

An example of a punt gun and punt are on display. These were used by wildfowlers on flooded land and marshes to shoot ducks and geese. 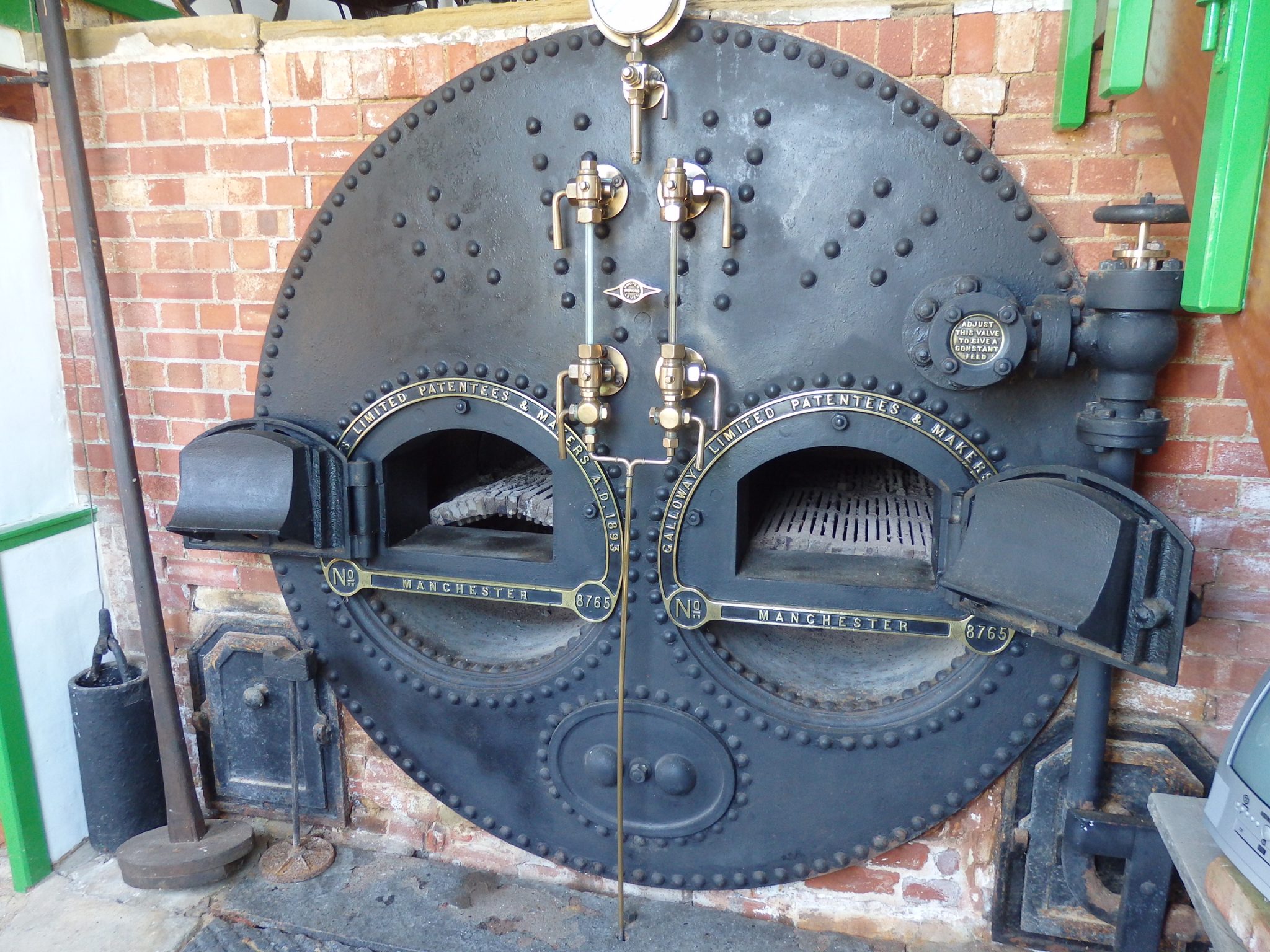 The coal was the store for coal. Originally the coal was stored in the open but was later covered in this building.

Coal was first brought in from the North East via sea and transferred to barges, then along the drain.

the drains become too silted up for the barges, then for a short a narrow gauge railway was used to transfer the coal from the nearby Great Northern Railway.

From , until the engine’s closure, road transport was used.

Today, this room contains information on the history of the draining of the Fens, which started in 852AD. 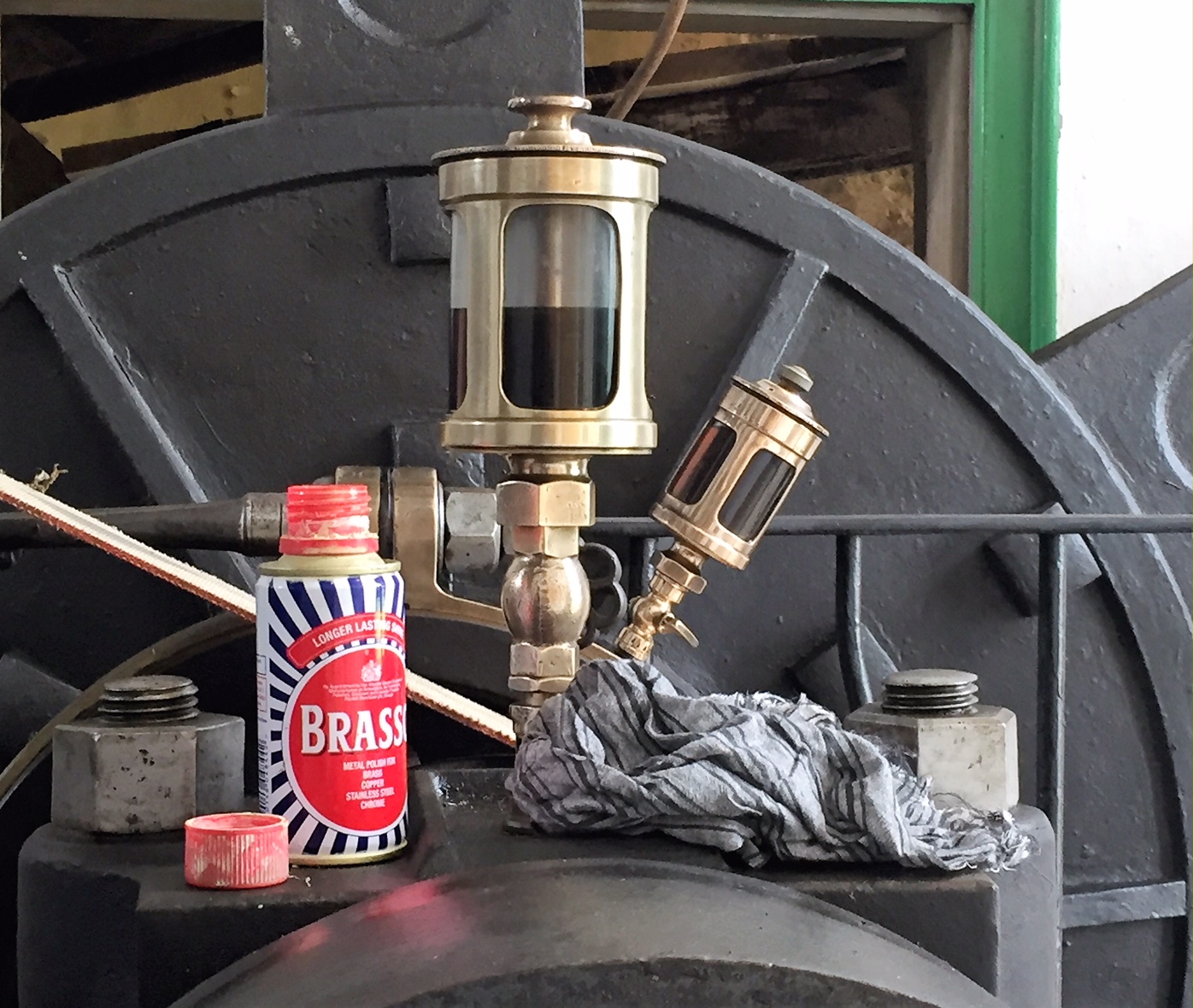 The shop was used to make and repair machinery and structures used by the drainage engineers.

The original forge and bellows are still in place.

Various tools and equipment are on display.

An Associated Manufacturers of Iowa, USA, 2¼ HP portable gas oil engine is on display, which could be used to power portable pumps and equipment .

At the front of the building is a Priestman Cub dragline manufactured in 1955 and used by the Ministry of “Ag and Fish”.

A Mirrlees-Watson centrifugal pump (green) and a hand operated .

Also, to the north side of the building is a  horizontal pump that could lift water approximately 6ft. 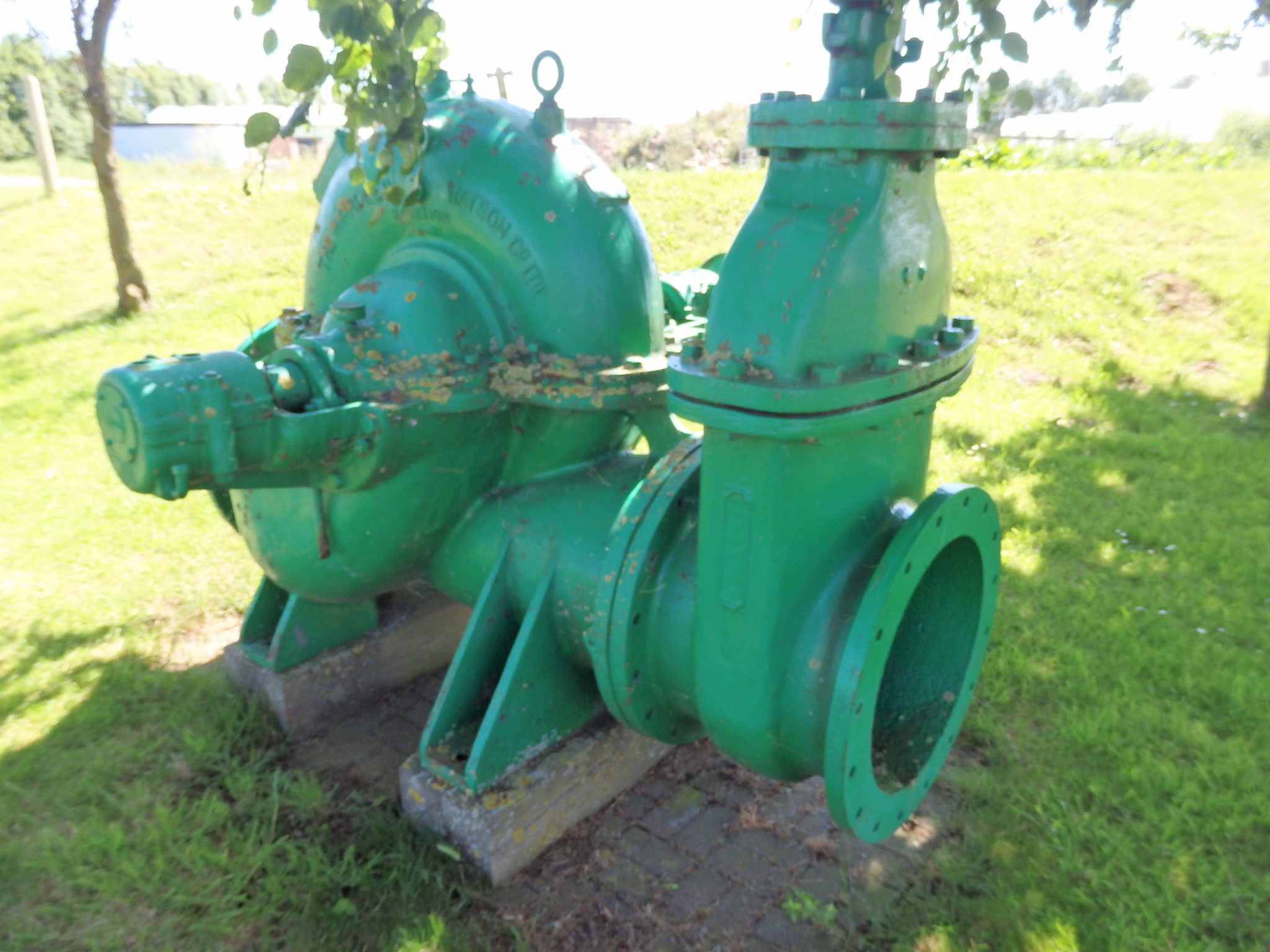 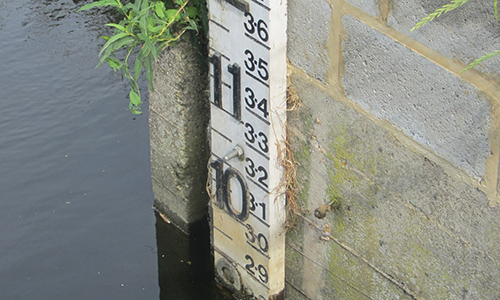 Stay up to date with what’s happening at Heritage South Holland by signing up our newsletter.