Located in Spalding, Lincolnshire. The Regent Cinema was opened June 20, 1927 with Estelle Body in “Madamoiselle From Armentieres”. Above the entrance the cinema boasted a café for the convenience of its patrons. On 6th January 1930 it was equipped with a Western Electric(WE) sound system and screened its first ‘talkie’ “The Rainbow Man”.
The Regent Cinema was closed on 2nd February 1959 with Vincent Price in “The House on Haunted Hill”. It was demolished in 1965. A Trustee Savings Bank(TSB) was built on the site, which in 2015 is an appliance store. Source: Cinema Treasures

Does anybody have memories of this cinema? 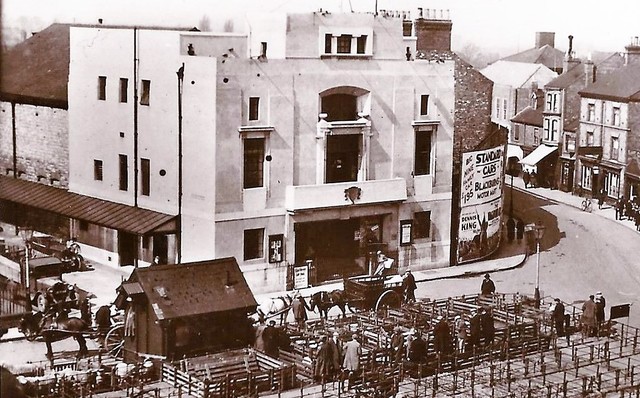